The Structured File Import Tool allows you to build assets and create content and files in Squiz Matrix based on the hierarchy of the headings contained in an imported HTML file.

The HTML import file determines the structure of assets to create on import based on the HTML headings displayed. A heading one, for example, would be a top level asset under a Site, while a heading two would be created as a child asset of the heading one.

In the example below, our HTML import file contains one heading one, two heading twos and one heading three. When this file is imported, it will create four assets, one for each heading in the document, as shown on the right of the figure below.

Alternatively, you can choose to import your entire HTML import file under just one asset or only create new assets for certain heading types; all these options are configurable on the Structured File Import Tool screen.

When creating your HTML file, ensure that headings are nested correctly in the appropriate order. You should also make certain that your heading titles are no longer than 255 characters long (the asset name limit within Squiz Matrix) only contain standard ASCII characters.

If you are not well versed in HTML, you may consider creating your import file as an MS Word Document and then converting this file into HTML.

Any content, such as text or images, that is added under a heading in the HTML file will be added as the content of that Standard Page asset when imported into Squiz Matrix. For example, in the figure below, the text and image referenced under the heading one will be created as the content of the Heading 1 asset. 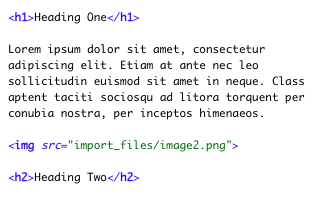 Any images referenced within the HTML file must be stored in a separate folder within the same directory to be correctly imported within Squiz Matrix. This folder should be titled <html_filename>_files. For example, in the figure above, our HTML file is titled import.html and our files folder is titled import_files. 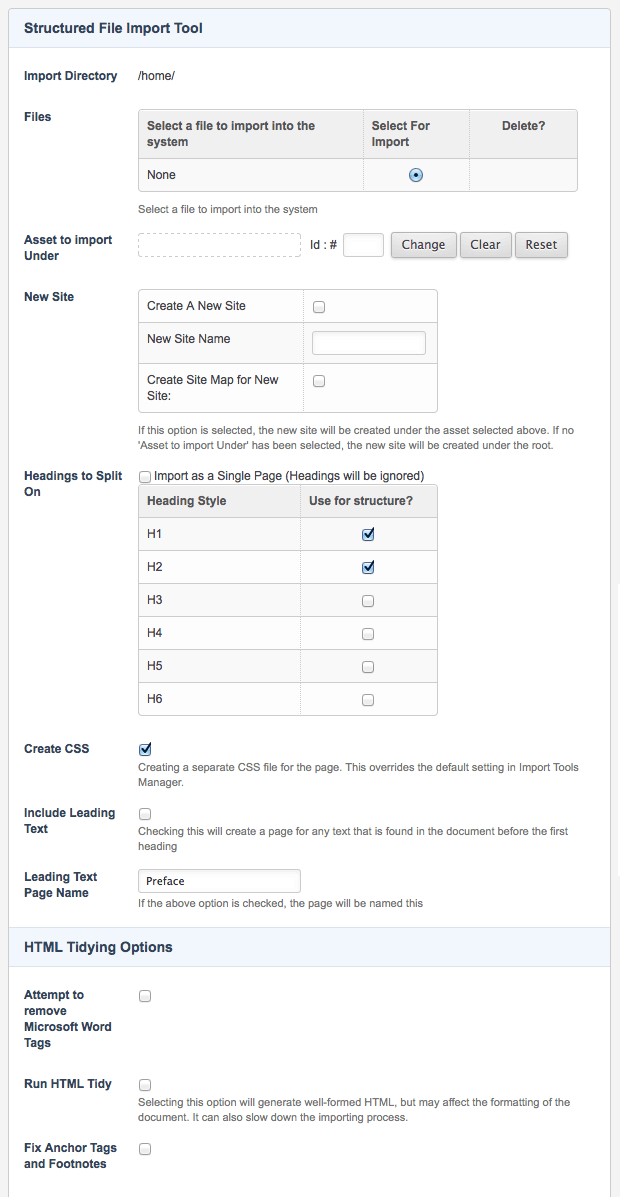 The fields available are as follows:

To import a file:

The content in the file will be imported and the assets will be created in the Asset Map.